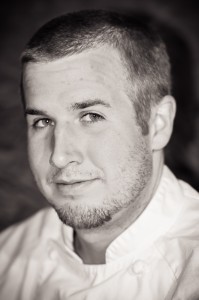 Today I wanted to blog about something other than my photography.  I want you to meet Andy Hopper (video), my brother in law.  He is a super talented Chef and co-Owner of Chefs 105 in Morehead City, NC, along with Kevin Brighton.  Recently he has been competing in the Fire on the Dock series of “Iron Chef” competitions with other coastal chefs.  Click here for his previous results – the secret ingredient was strawberries & asparagus.  Next Tuesday, May 1st, he is in the Quarter Finals against Antoine Murray of Cape Fear Country Club.  Andy’s team, Creighton McNeil, Jason Foster, and Theresa Livingston help him prepare the 300 plates to send out to the guests.  They all are highly talented chefs as well!

Andy and my little sister, Bennette, started dating in high school (yes high school sweethearts) in 1997.  They were married in 2006.  They first started their lives together in Chicago, IL where Andy was a Sous Chef at Spiaggia, winner of James Beard best Chef Award Midwest.  Andy has so many talents, sports (soccer, golf), art (drawing), writer, and culinary!  He is one of the most laid back people I have met, so smart and such an inspiration when listening to him talk about food and his art.  All of his talents, I think, help him be  successful in his passion of creating masterpieces of food.  And when I say passion I mean it.  The restaurant business is not for the weak.  There are long hours, not to mention opposite hours of your spouse.

On Wednesday Beaufort kicked off  The Beaufort Wine and Food Weekend.  Tonight Chefs 105 is hosting a very special Wine and Food dinner.  Then Andy will be competing in on Friday April 27th at the Grand Gala.    He has won the Best Chef competition in the years 2008, and 2009, and 2010.

Andy I am so proud of you for all of your accomplishments and talent at the still young age of 31!!!  Andy we all wish you the best of luck tomorrow at Beaufort Wine and Food and on May 1st at Fire on the Dock…what will the secret ingredient be?!?!  Stay tuned! 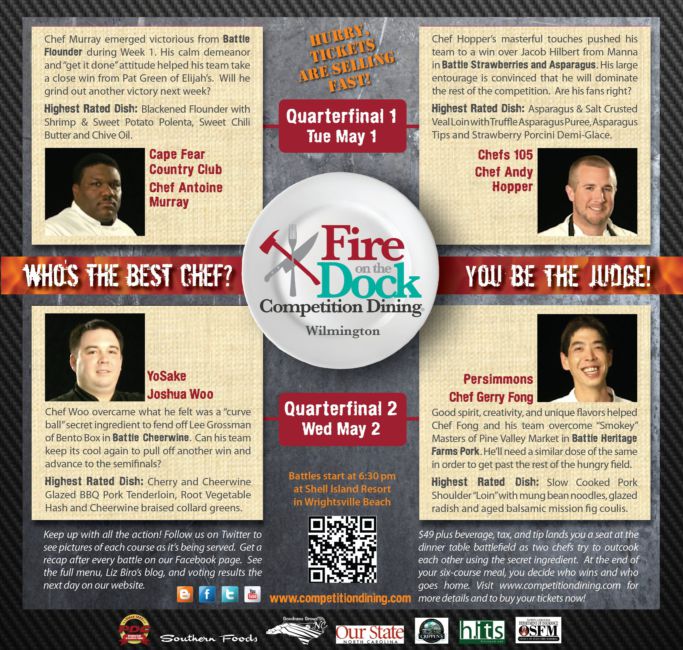