So as a photographer, I am always looking at things on the side of the road, and always wishing I had my camera with me to capture them.  This was one day I wished that.  So all pictures below are taken with my iPhone 3GS.

I was making my regular doctor calls in Savannah, GA when I saw the National Guard Armory land filled with American Flags, tons of them…and for a second I though of veterans, they probably put them up for the veterans, but as i looked closer, I saw there were signs…so in between calls I walked over to take a closer look (in the crazy rain we have had). Honestly, the beauty of the thousands of flags in one place was what drew me to them in the first place.

I found that each flag represented an abused or neglected child in Chatham County in 2010.  There were 2,172 flags on the field!  (that is almost 5.95 children a day.) As I learned, a donation to R.O.C.K Group, would remove one flag and replace it with a pinwheel.  Their hopes is that all the flags will be removed and all replaced by a field of pinwheels.

I don’t have children of my own, but really wanted to donate to prevent.  Not everyone is as lucky, to have kind and loving parents.  I know I take for granted all the things in life I have been given.  It’s fields of Flags like this that really make you think how lucky you are, and how you can make a difference by giving back to others.  So I donated money to remove one flag and replace with a pinwheel.  On this rainy and gloomy day, there was a bit of sunshine for the minute i stood amongst the flags.  The lady asked if I wanted to take home the American Flag I had removed.  I said yes I would.  And now every time I see my American Flag on my front porch, I will think of the children that need our help.  Quite a powerful reminder.

it is hard to see, but BELOW, you can see the pinwheels that have replaced the flags, still a very long way to go, and the rain has not helped them much! 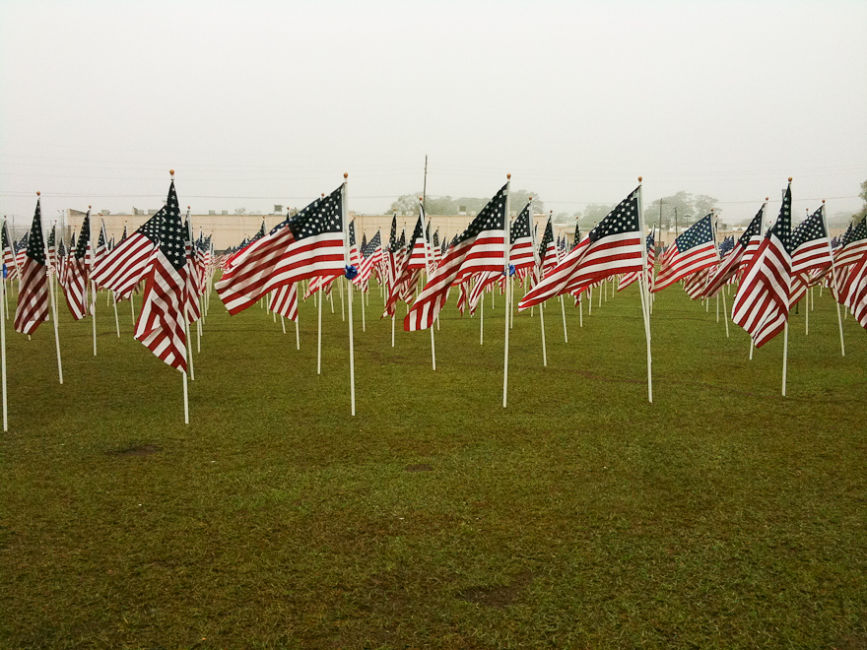 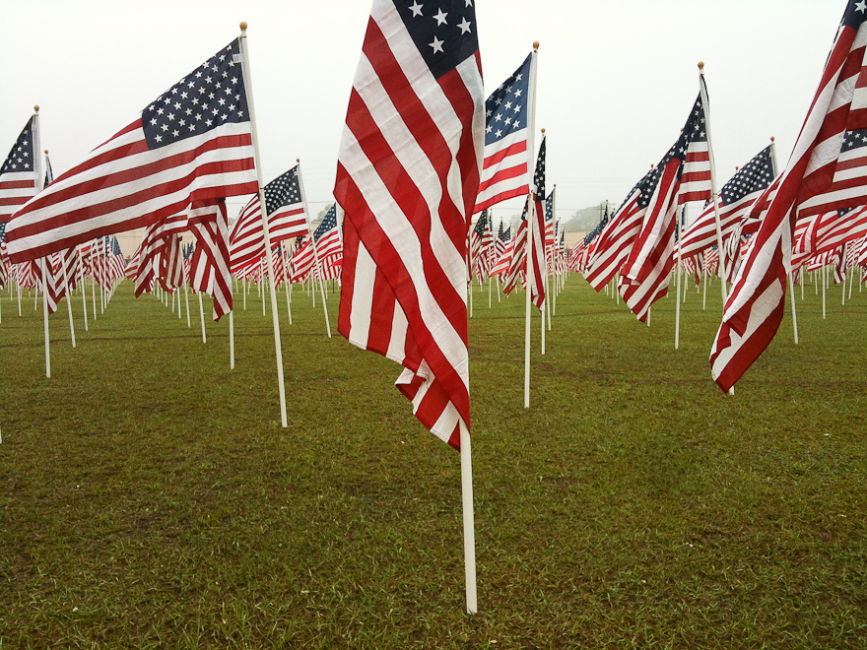 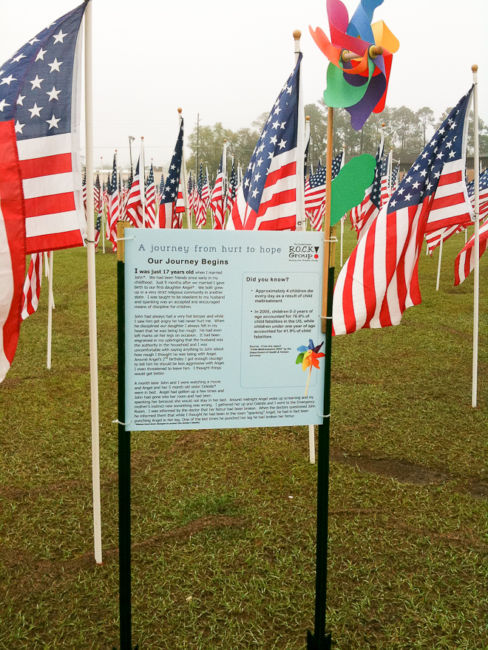 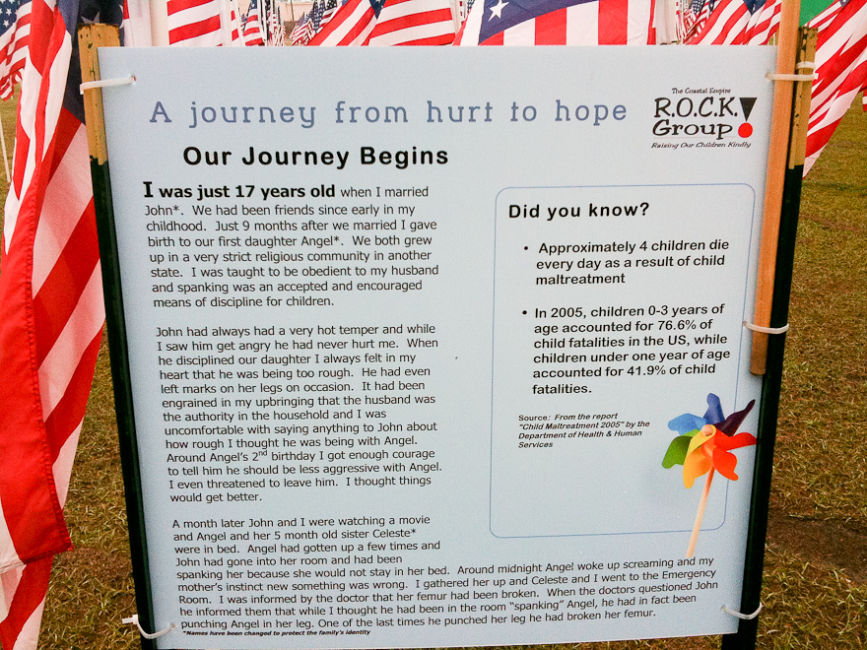 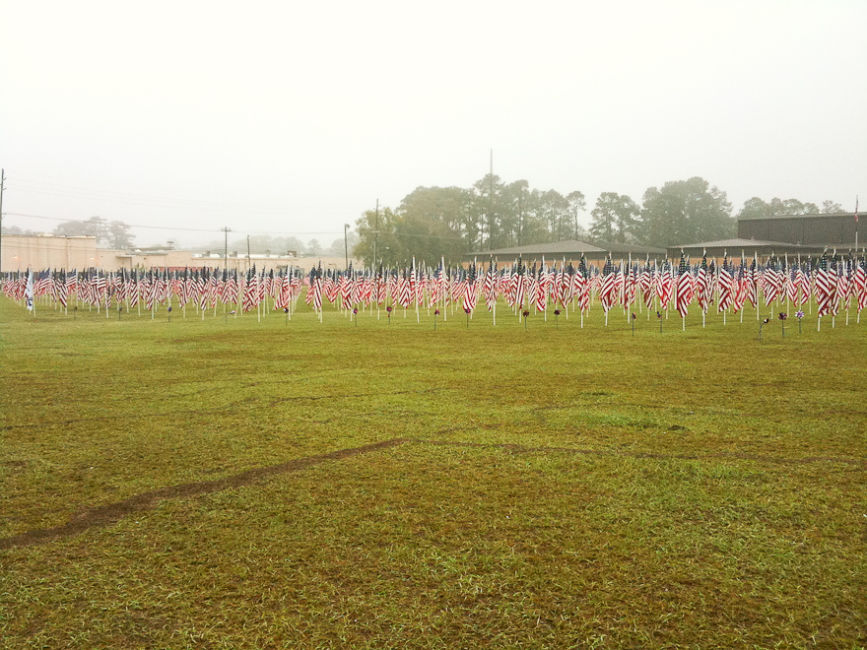 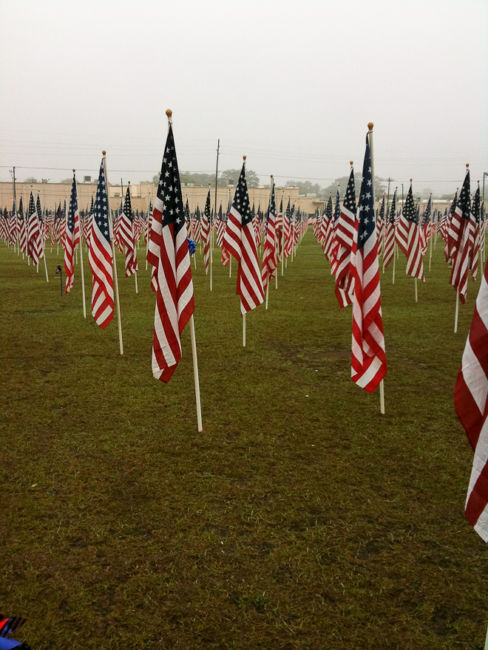 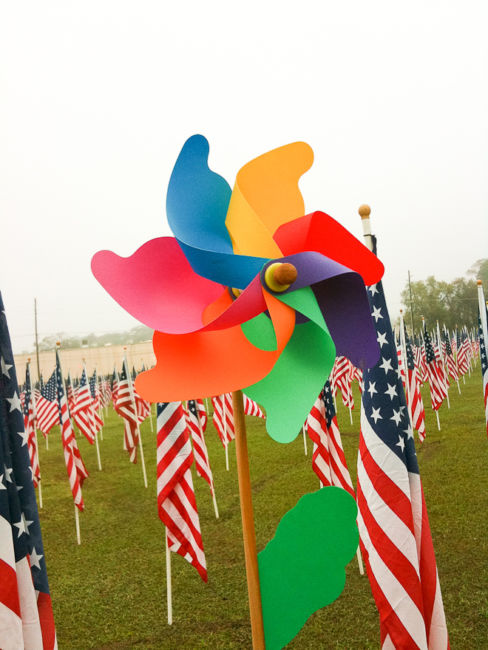 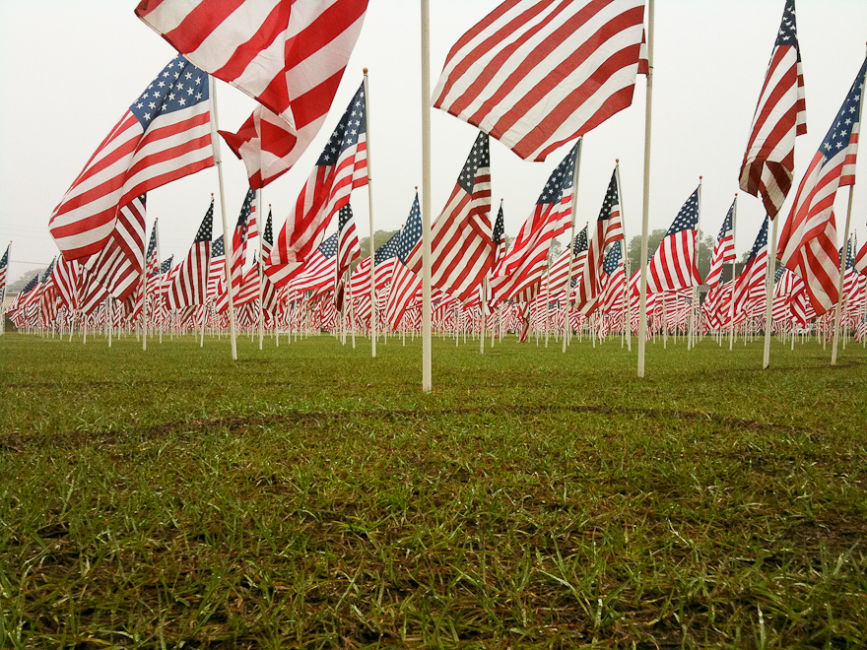 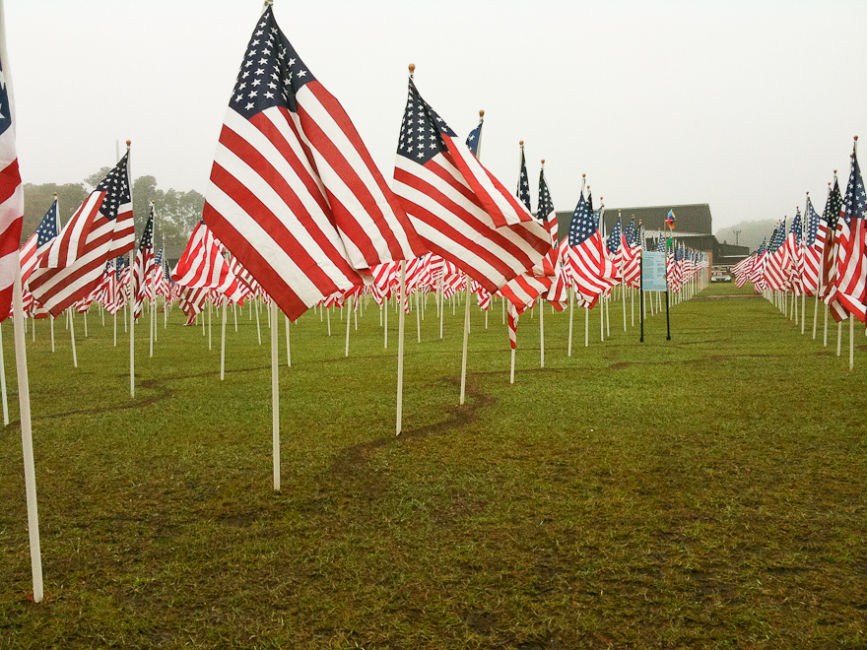 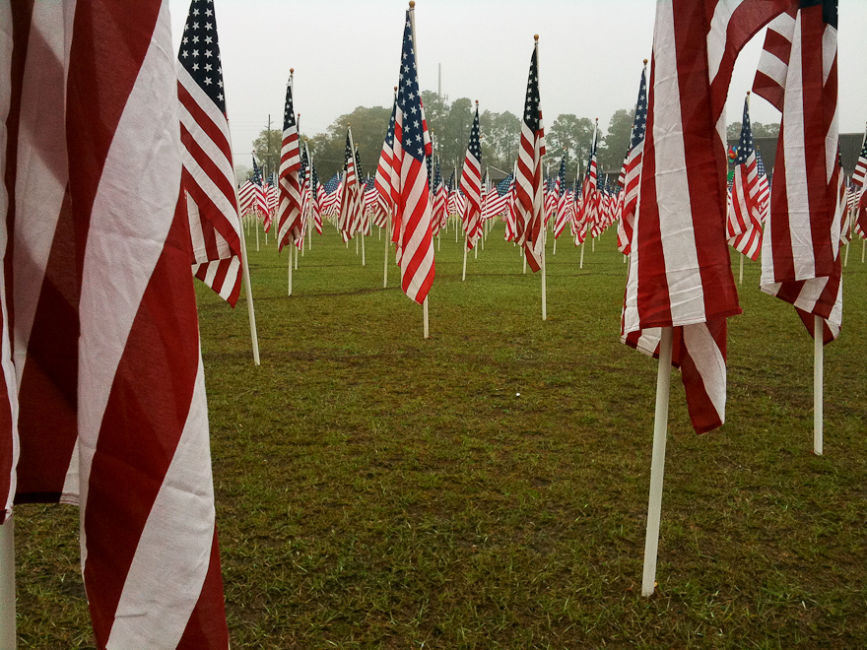 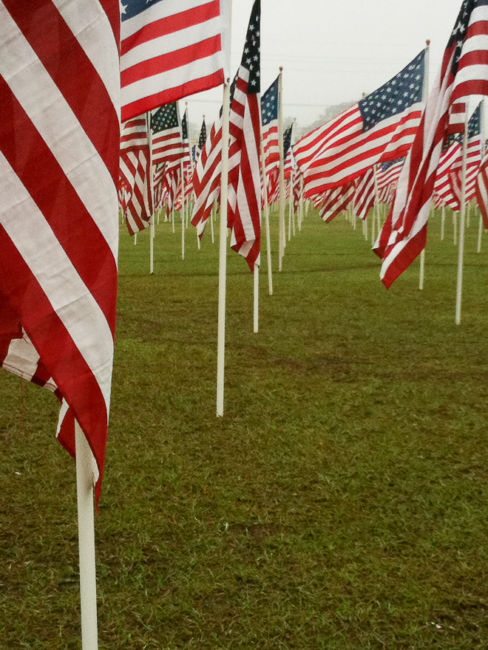 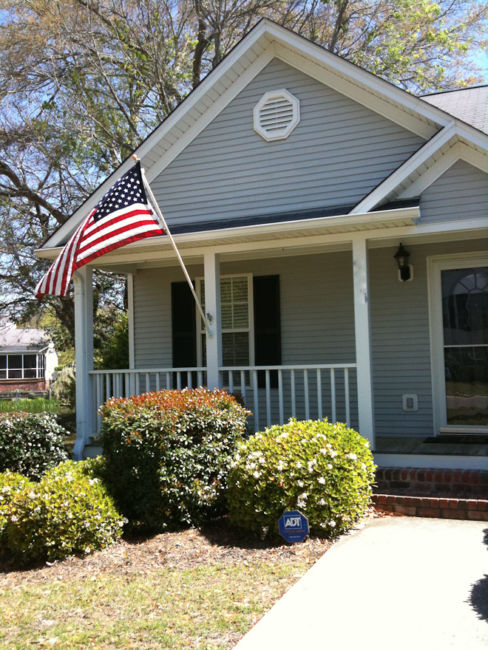